Will We Start Living Through Surrogates?

This article is inspired by the 2009 movie, Surrogates, and the reason is the oft occurrence of life imitating fiction, where the technology we read about in novels or see in movies appears eventually in real life. Fantasy or imagination has nothing to do with this article, save the declared inspiration of thought to write from the movie in reference.  Instead, the content herein focuses on the ongoing developments in technologies that support the possibility of thought controlled robots through which it may become possible for us to live our day-to-day lives.

Various players in the gaming industries are investing and working hard on the Research & Development of neuro-gaming for an enhanced user experience. There has been extensive news and dissemination of information in 2013 pertaining to thought or mind controlled technology, such as 3D printing or the maneuvering of flying robots being successfully demonstrated directly by the user’s brain and thoughts. Then there is the unceasing pursuit by a Russian billionaire by the name of Dmitry Itskov who has been pouring fortunes in his personal quest for immortality. His investments have been resulting is expansive breakthroughs in robotics at a rapid pace, particularly user controlled android technology, with the help of many leading and talented robotics engineers lured by the funds that Itskov generously avails.

Virtual Reality and Augmented Reality, despite their progress thus far, may still be in their primitive phases. However, with the rapid evolution of software and computing knowledge, together with new generation hardware support and application, promises that we are seeing significant leaps towards mass-application in areas which were only thought possible in fiction during their early history.

Let us talk about the new age prosthetic technology with electronic features that enables sensation for the user. This means an amputee using a prosthetic limb with such technology actually experiences the sensation of touch, to a limited degree. This happens through the use of flexible sensors and also brain control. Of course, one must not discount that the prosthetic is no substitute for a real limb; the effect cannot be compared and the cost is very high.

Now, take all these technologies, most of which are in either primitive or research stages, and consider the convergence of them. That is a step closer to what Dmitry Itskov dreams of. A life-like android controlled remotely by its human master’s thoughts is foreseeable. An android that walks and talks, does tasks with hands or behaves in any way the human master wants it to in thought is certainly possible. This behavior could include chores, office work, labor and grocery shopping. Through the android’s eyes, the human master sees the world around it. Through the android’s ears, the human master hears. Through the limbs or prosthetic skin of the android, the human master feels. A complete bodily experience can be foreseen as possible, without actually being in the body, but rather by being connected to it by thought. This is exactly what the movie Surrogates showed. Our real life technology is progressing in the direction of real life surrogate androids through which we could go to school, work, shop and play. Though it is not possible today, the trends of technological progress are telling us it will be possible eventually.

The question then rises as to whether will we accept and embrace the idea of living and working through surrogates, like the individuals in Surrogates did? This is a complicated question. Android surrogates may be a boon to the disabled, or people born with defects or without functionality of their bodies. They could also be a boon for people who are dissatisfied with their physical appearance or states, who could choose androids designed to their liking to live through. However, android surrogates would nonetheless be machines, which could be abused and misused, including as weapons to harm others or commit other crimes. 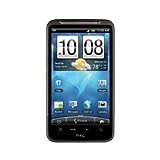 While android surrogates would save lives and ensure security in doing dangerous or high risk jobs, there will be ethical questions as to whether they should be allowed in competitive sports or considered reliable enough for conducting medical procedures for fear of malfunction or unforeseen power disruptions. What is a very likely possibility however is the military use of such machines to protect the actual human soldiers sitting possibly half way across the globe. Another likely use is that for the purpose of gaming. That we will indeed see lifelike thought controlled androids eventually is a certainty. Whether we will widely and commercially embrace them as surrogates, and if so, to what extents and in what forms is yet a long-way to be seen. And thus remains unanswered for now, the questions of laws and ethics, that such androids will bring into reality with them.

Harish Shah is the Founder and Sole-Proprietor of Stratserv Consultancy. He is a spirited young entrepreneur and a strategist that can be described as a visionary, a futurist or a futurologist. Harish developed a passion for studying, understanding, appreciating and embracing the future while he was an undergraduate at The University of Western Australia (UWA) in Perth, pursuing a Bachelor of Commerce degree with Triple Majors in Human Resource Management, Industrial Relations and Management. After graduating from UWA with a distinction average in each of his three majors, Harish returned to his native Singapore, where his formal education stopped, but his passion for the study of the future continued to grow. Currently Harish writes and maintains two Futurist blogs that are reflective of his ongoing research or his work; Visioning 2050 and Singapore Futurist. Besides writing on his personal blogs, Harish contributes articles to Futurist websites or portals around the world. He is currently contributing as a writer to Futurista (Europe), Serious Wonder (North America) and India Future Society (Asia). Apart from writing for the India Future Society, Harish is also its International Member. In the past, Harish has also contributed to The Futurist. Harish is a seasoned strategic negotiator and accustomed to complex negotiations. He is a powerful speaker and presenter with a subtle sense of humour. Prior to entrepreneurship, Harish has worked as a HR consultant to some of the world's top corporations, he has sold industrial outsourcing services, managed learning & development, been involved in rehabilitative work with a governmental organisation and worked in a secreterial firm. He is also a trained journalist. Apart from Stratserv Consultancy, Harish is also the Sole-Proprietor of Mind Evolution, a Coaching and Motivational Training business

Against Technological Relinquishment (Part One)BOX: The Synthesis of Real and Digital Space

35 thoughts on “Will We Start Living Through Surrogates?”