The Interconnected Tribe of Tomorrow (Part 1)

The Interconnected Tribe of Tomorrow (Part 1)

Editor’s Note: This article is Part One of a series. Part Two will be published later this week.

In the insulated bubble of Western comforts, we pause with novelty to marvel at the simple ways of indigenous cultures. Whether it be the few remaining pockets of deep forest tribes who possess little if any familiarity with modernity, or the romanticized stories of the peaceful and eco-conscious lifestyles of Native American, Aboriginal, African or Celt tribes, they are the peoples of legend and reverent nostalgia. After they invariably fell victim to the imperialist designs of more power-driven and supremely weaponized empires of old, along with their primitive and abiding ways, only now do we look back with increasing curiosity as to how they lasted for centuries or millennia in one place requiring little materially and enduring much from the harsh and changing Earth they inhabited, scarcely rising but a couple of rungs on the ladder of the Maslow’s Hierarchy of Needs.

The journeys of some curious westerners down the darkened paths towards understanding our primitive brethren—in such rituals as Ayahuasca ceremonies in South America, for example—have become a type of tourist trade, or eco-vacation, in and of themselves. Brave (or perhaps naive) moderns confront the uncertain physical, environmental and psychological conditions of a very intense psychonautic experience. It is an experience so intense as to unforgivably rend the veil between their stalwart egos and their physical existence; sometimes, if they are fortunate, revealing the folly of their own way of being and doing, including the flailing strategy by which humans so desperately cling to their corporeal existence. Though you are likely not to find reviews of such experiences with one-to-five star ratings on the “trip” whilst perusing some travel website, everyone I’ve ever spoken with or read about (including Sting in his biography Broken Music) came away from their experience utterly transformed and with the ability to more fully and contextually understand themselves, their culture, the inherent programming in which they were indoctrinated and the silk-threadlike nuances that connect it all together.
In my daily travels along what used to quaintly be referred to as the information superhighway, I regularly encounter stories of bitter woe and extreme suffering for humans and creatures alike. Whether it is the picture of a young African child desperately attempting a solo trek in search of a refugee camp or the slums of Mumbai as seen from the terrace of a luxury penthouse—some of the most expensive in the entire world—that overlook them, there is a strange sense of disconnect as if we are all merely observers, audience members, rather than actors, actual participants in the ongoing play that is human life. 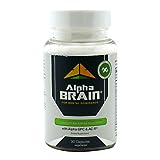 In an actual family or a tribe, when crisis hits, it is often very devastatingly personal to all inclusive of that group. Conversely, when you see a video depicting tragedy to human, animal or ecosystem, it may affect you to the point where you may digitally sign onto a petition, click “Share” to dutifully inform your circle of friends, or donate some money that would otherwise be poured into an insulated paper cup at the corner coffee shop, but it is unlikely that observing a few moments of intense suffering will cause more than a blip on your emotional radar, so desensitized are we to the reality of human suffering. The information, often presented in repeated images, is too frequent and rapid fire and is quite a lot for our psyches to take in for the most part. The immensity of suffering, the bewildering state of inequality that exists worldwide when, in fact, there’s wave after wave of extraordinary technology washing up on the shores of humanity, inviting us to step forward and immerse ourselves into it…that, in itself, is a curious duality. Yet, even that beacon of technological hope that we perceive may somehow, someday provide the course correction of the gross illogic and imbalance so prevalent in our midst that we simply define it as “human nature”—that anticipated treasure trove of knowledge is but a mere, temporary anesthetic to a gnawing discomfort that we are, in ourselves, helpless to do much to change the world for the better.
Enter the techno tribe, a term I’ve borrowed from the musical/dance genre from which it takes its nascent inspiration and am casually appropriating it to advance this concept. The technological tribe is, by implication, a smaller community, one that is in sync and effectively like-minded with egos cooperatively tempered into a collaborative rather than competitive state of communication. Instead of struggling for survival against the elements, this tribe of tomorrow aspires towards higher consciousness among the elements. They function like cells communicating within a body, exchanging communication as subtle as iconic symbols and as complex as a scientific thesis, but always in the process of assessing and dispensing information, the unit that it regards as its most valuable commodity. Information leads to knowledge and knowledge leads to power. However, these emerging tribes are redefining what power is in a modern configuration of the concept.

In the centuries leading up to the present one, power meant control of resources. The techno tribe defines power in its effective distribution of resources. It seats power in the expanse of an increasingly aware and integrated collective, rather than a limited individual or closed-circuit consortium. In this way, the tribes as they emerge, become interconnected because their raison d’être is the exchange of information that benefits the many tribes, not just the one to which they belong. This ideal, to succeed, will require a civilizational maturation, the level to which we have obviously not yet reason. Still, we are continually seeing signs of the process of advancement as religious, nationalistic and patriarchal foundations we once accepted as inevitable, unchangeable and unquestionable are now crumbling in their antiquity. “Human Nature” is not static.
In a multi-part follow-up to this introduction, I will propose how the technological tribe, by following organic functions in the physical world, and leveraging the technology we’ve created and continue to invent, can begin to reproduce its memes and thereby infest the consciousness of the world at large to begin to evolve humanity to its next state of being. We may refer to that either optimistically or dubiously as utopian but those who ultimately experience it will already have charted the next advancement and labeled it as such. For now, given the development of a working approach, perhaps it will have that Hundredth Monkey effect on our species and not require either a majority of agreement nor a razing of the present status quo to direct us toward the next phase of evolution on this planet: the evolution of consciousness.
——
Image Source: Flickr
Love our content? Join the Serious Wonder Community. It’s free, and we have lots of incentives for readers and contributors!
October 8, 2013By Rick Knight

16 thoughts on “The Interconnected Tribe of Tomorrow (Part 1)”