In July 2013, Google released the Chromecast Dongle, which allows the streaming of internet audio-video content on HD television sets from mobile devices. The initial stock sold out overnight. Now, the world is headed towards a future where television broadcasting will no longer exist as it has before.

Have you noticed many of your conventional and established local mainstream broadcasters initiate online channels or partner with internet companies to upload and stream their programming? The foresight advisers of these broadcasters have probably told them to start preparing for the future, or rather, the transition to that future.

Internet streamed television is not even the beginning. The possibilities that the internet in convergence with other emerging technologies is creating something new. With neurogaming now under serious commercial development, companies like Sony releasing Virtual Reality Headsets and the mass-mainstreaming of wearable computers are on the horizon. The future of television is not limited to a transmission mode, but rather extends to the transformation of the entire television experience. Have you heard of interactive theater? If theater can be interactive, with virtual reality and neuro-tech, why not television? 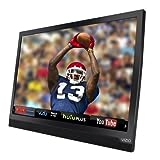 Thus far the world has seen models of smart-televisions, with interactive features that enable users to switch channels, controls and displays. That is just present day hardware in the upgraded versions. The transformation will be that viewers get to be a part of the story, interacting with the characters with choices to manipulate or twist the plots and lines or directions in which the stories flow and end, as if in a sophisticated simulation game. The first implication that comes to mind here is that the directors & actors will have to entirely relearn their art, and work far harder than they already do.

Imagine watching the news or a documentary and saying “pause”, then asking for more information on a specific subject to have the system source what you want from various other platforms or channels. That is what the internet is for isn’t it? To keep you connected with all sources, keeping the flow of and access to information unlimited, where you can jump from one source to another. The difference is that future television programming will bring what you want to you, searching out the information for you, rather than you doing it yourself.

Searching out and drawing information into the programming you are subscribing to is what some interactive features of existing online multimedia platforms are already capable of doing. What you could look forward to in the television features of the future is that upon drawing the information you want, the programmes you are interacting with will be able to automatically animate the information for an appealing and attractive audio-visual experience.

With head-mounted display or holographic display, the television programming of tomorrow will be in virtual reality form rather than 3D, where you see scenes, images, and characters all moving around you. You could feel part of the scene or story, including with live news as it happens. Imagine watching a launch event or a storm related story on breaking news, as if you are right in the middle of it. With the 360 degree cameras available to news agencies and Virtual Reality features of various devices you’d be using in place of the contemporary television set, it is just a matter of time.

Virtual Reality, 360 degree cameras, smart post-production tools, smart television controls and other relevant technology necessary to make the interactive television a reality already exist. However, the high cost involved is the first obstacle. The limitations of present day internet is another major obstacle. Then there is the need to develop the human competency map where you have sufficient people through the value chain adequately trained and equipped to facilitate customized interactive television. Virtual Reality, as advance as it seems today, is still primitive relative to requirements for enabling the interactive television experience. Lastly, neuro-gaming technology is still in early research and development.

However, the obstacles to the interactive web based television are impermanent. Whether it is neuro-gaming, Virtual Reality or any other technology, the terms of refining, fine-tuning or cost-efficiency are being rapidly worked on. Though a date is probably not accurately predictable at present, interactive television as described herein will very likely be available to the masses within the next few decades.

Harish Shah is the Founder and Sole-Proprietor of Stratserv Consultancy. He is a spirited young entrepreneur and a strategist that can be described as a visionary, a futurist or a futurologist. Harish developed a passion for studying, understanding, appreciating and embracing the future while he was an undergraduate at The University of Western Australia (UWA) in Perth, pursuing a Bachelor of Commerce degree with Triple Majors in Human Resource Management, Industrial Relations and Management. After graduating from UWA with a distinction average in each of his three majors, Harish returned to his native Singapore, where his formal education stopped, but his passion for the study of the future continued to grow. Currently Harish writes and maintains two Futurist blogs that are reflective of his ongoing research or his work; Visioning 2050 and Singapore Futurist. Besides writing on his personal blogs, Harish contributes articles to Futurist websites or portals around the world. He is currently contributing as a writer to Futurista (Europe), Serious Wonder (North America) and India Future Society (Asia). Apart from writing for the India Future Society, Harish is also its International Member. In the past, Harish has also contributed to The Futurist. Harish is a seasoned strategic negotiator and accustomed to complex negotiations. He is a powerful speaker and presenter with a subtle sense of humour. Prior to entrepreneurship, Harish has worked as a HR consultant to some of the world's top corporations, he has sold industrial outsourcing services, managed learning & development, been involved in rehabilitative work with a governmental organisation and worked in a secreterial firm. He is also a trained journalist. Apart from Stratserv Consultancy, Harish is also the Sole-Proprietor of Mind Evolution, a Coaching and Motivational Training business

19 thoughts on “Interactive Television is Coming”