The pattern similarities between structures and phenomena at different levels of reality is really overwhelming. Sometimes it is hard to know if your mind is just imagining the similarity, or if there is a deeper meaning about this similarity that we are only now starting to grasp. I’m starting to lean towards the latter. Over the past few weeks I have become interested in an important idea from Howard Bloom, author of Global Brain: The Evolution of Mass Mind from the Big Bang to the 21st century. He suggests that our thoughts are transmitted and evolve in a similar way to the way biological information is transmitted and evolves in bacteria.

Is this just a useful metaphor? Or are there deep, informative, and useful parallels?

Again, I think it’s the latter. Let me make my case. First, let’s consider the structure and function of a primitive single-celled organism.

Okay, unicellular organisms seem pretty simple and straightforward. Now for early city-states. All early city-states had some type of town center. A place for political, religious, and scientific discussion regarding issues effecting the members of the state. So, these town centers play host to information storage and initial transfer. Town centers would be the equivalent of a prokaryotic nucleoid. 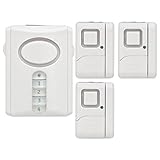 But this town center, and all of the states inhabitants would need security. Remember, early city-states formed in a landscape primarily composed of hunter-gatherer bands (and maybe some horticulturalists and pastoralists). In order to protect the inhabitants from “free-riders” or “raiders” all early city-states erected town walls around their entire settlement, hired gate keepers, and trained military professionals. Essentially, the town wall functions like the cell well, the gate keepers function as the plasma membrane, and the military professionals function as the capsules.

What about communication? Well, early city-states often communicated with other city-states in the surrounding regions. In order to do this they trained and hired professional messengers that would often ride on horseback to other city-states delivering pertinent information from the town center. These messengers functioned in the same way that pili function in early unicellular organisms.

What about health? Just as unicellular organisms possess DNA plasmids for anti-bacterial resistance, early city-states trained medical professionals that would attempt to cure the states inhabitants of illness (although, presumably they did a poor job of this considering life expectancy was very low).

Finally, early city-states also possessed manufacturing and trading centers. These would be places where information from the town center would be translated into real products and services that all individuals in the city-states could purchase and use. The parallels with ribosomes is impossible not to miss.

What do the parallels between simple cells and early city-states mean? Well, first it justifies Bloom’s assertion that bacterial genetic transfer is quite similar to the human thought transfer (or memetic transfer). For multicellular organisms, genes are “locked up” for a lifetime, only becoming subject to real change during sexual reproduction. For unicellular organisms, they can share genetic information freely with one another and don’t require sexual reproduction to change genetic information patterns. In a similar way, our cultural information is not “locked up” for a lifetime. We can share information with one another via “idea sex” (i.e., having conversations). We can share memes and compare memes. As we do this our cultural information changes, and people don’t need to die in order for new cultural norms and beliefs to become established.

What will this lead to (i.e., what does it really mean)? 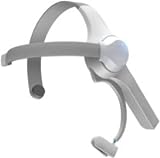 Within our human system we are steadily organizing our species into ever denser agglomerations and connecting all of our agglomerations via the Internet so that we can share ever-more cultural information. A Global Brain is hypothesized to emerge from this evolutionary process. But then what? Once our entire system can share all the information within our system, and all of the agents can understand it, what happens next? A system like the one described above has been labelled a noosphere. Could the noosphere replicate and differentiate in the same way that multi-cellular organisms did? Could a noosphere just replicate itself and transport itself to another planetary body, like say, Mars? Then we would have two noospheres? Then maybe noospheres would continue doing this, perhaps at a rapid pace, accelerating to different star systems, turning previously dead planets into spheres of human thought?

Either way, it’s food for thought.

Cadell Last is an evolutionary theorist and science writer. Currently, he is developing an animated science channel with PBS Digital Studios, and working towards a theory of human system development. You can contact him via Twitter @cadelllast or Facebook fb.com/TheAdvancedApes